I spent the weekend geeking out about Harry Potter with a couple thousand others at the first Potterverse convention in Baltimore. It was a blast!

I tried to convince a friend to attend with me, she’s a HUGE Potter fan, but it didn’t work out so I went alone. I was a little hesitant about that, along with not loving crowds, but in small doses I do love the insanity of cons and was pretty excited. And it ended up being a FANTASTIC weekend.

There were five actors from the movies there: Sean Biggerstaff (Oliver Wood), Devon Murray (Seamus Finnegan), Natalia Tena (Nymphadora Tonks), Chris Rankin (Percy Weasley), and Afshan Azad (Padma Patil). They were all thoroughly entertaining to hear talk; they each had a good mix of “I can’t believe you want to hear about this from 17 years ago” and “here you go”. They were also all very generous and sweet to the kids who asked questions and were clearly excited to see them. It was difficult to decider the different accents (British, Scottish, Irish), but well worth the effort.

There were some amazing costumes there, including the women dressed as the books above. I saw a surprisingly few amount of people dressed as Harry himself, but there were lots of Hermiones! My favorite was a mandrake plant (below). A fun panel was the costume parade, hosted wonderfully by Justin Timpane (I didn’t know him before, but he was very entertaining). 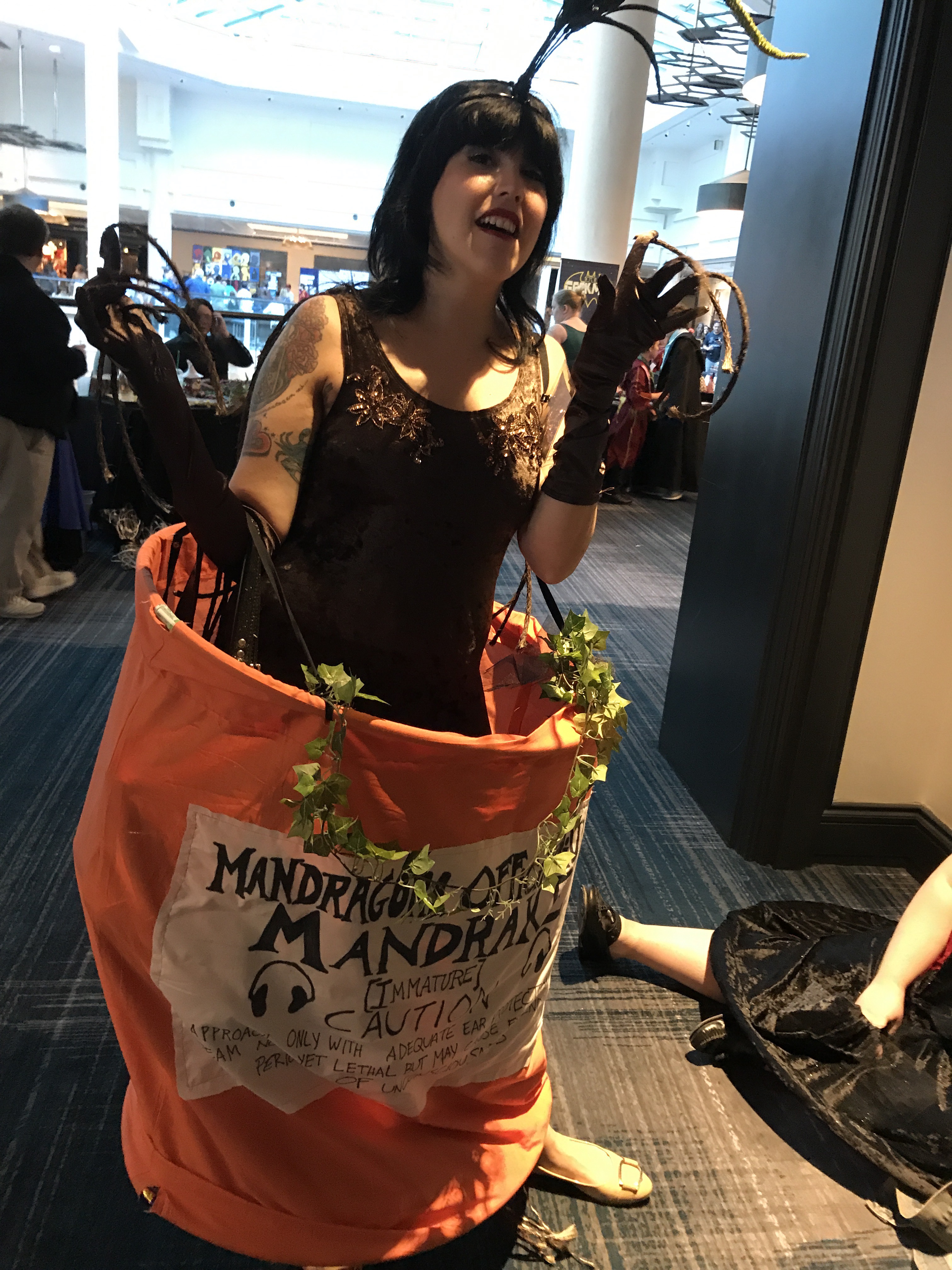